A Love Letter to Teachers

One might suggest that I’m too biased to write a love letter to teachers. True, I’m an educator myself. I taught English at a public high school for three years at the start of my career, but that was 15 years ago. Since then, I’ve been teaching college students. But this love letter is not […]

The Global Search for Education: Innovation, Quality and Mobile 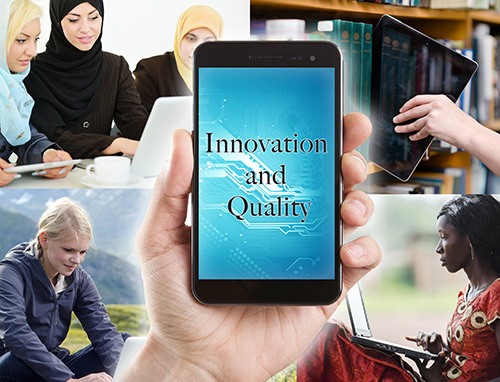 “I think technology has the potential to unlock new approaches to assessment that will change what and how we teach. I believe that the current curriculum shape and form that we see around the world with subjects taught in silos has to change.” —  Jim Wynn Innovation and Quality: Two Sides of the Same Coin? […]

Teachers: The Most Valuable Human Resource

This is a strange time for teachers. A few years ago in my home state of Alabama, a state senator suggested that raising teacher pay would violate biblical principle. Fast forward to today and Democrats and Republicans have found something they can at least temporarily agree on. The second cost of living raise for teachers […]

The for-profit assault on public education is real – and growing. It’s a deft turn of phrase, “school choice” – until you scratch the surface and discover that it is a marketing ploy. Simply put, the tug-of-war between public and private interests is, at its core, about money, placing the interests of the few over […]

What This Educator Appreciates About Donald Trump

Trump should feel special right about now. For anyone with access to a TV or Internet, not a day goes by that we don’t hear about something outrageous he said in the news, talk shows, nightly shows or the Twittersphere. Even if we don’t want to. Last summer, when he announced his bid for president, […]