How to Seize Power (for a Good Cause)

Students ask me all the time how to seize power. Some put it that candidly. So many young people yearn for civic engagement. They are anything but apathetic. Their aspiration is greater than themselves. It summons support. Regardless of their background, I am confident they can take charge. If they want — and whether they […]

Back to the Future: Clean Air, Clean Water for Kids 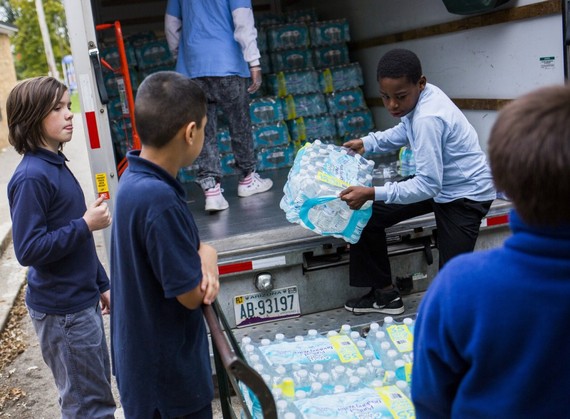 For parents of young children, is there anything more important than knowing your kids are safe … at school? And that is beyond physical safety. Today, we all make assumptions about safety, including safe and healthy environments. But in recent weeks, that has changed dramatically. The Flint, Michigan water crisis opened up a torrent of […]

Harvard Will Own Up To Its Role In Slavery

CAMBRIDGE, Mass., March 30 (Reuters) – Harvard University plans to install a plaque next week honoring four slaves who worked on the campus in the 1700s, to acknowledge its role in slavery, the Ivy League university’s president said on Wednesday. “Although we embrace and regularly celebrate the storied traditions of our nearly 400-year history, slavery […]

Building Seemless Pathways For Students: Good for Students and States

Every year the challenge of managing the cost of a college education continues to grow. The average cost of public universities is nearly five figures a year, and families at private colleges can expect to pay three times the cost of a state school. Of course, heading directly to a four-year university out of high […]

The new company contribution plans for student loans that are winning media attention lately are more than just great PR — they actually knock down employee debt. NerdWallet found in a new study that a typical plan could save borrowers up to three years of payments from interest savings. For an undergraduate student loan borrower, […]