BCC Remembers a Leader and Friend – Thomas A. Isekenegbe, President 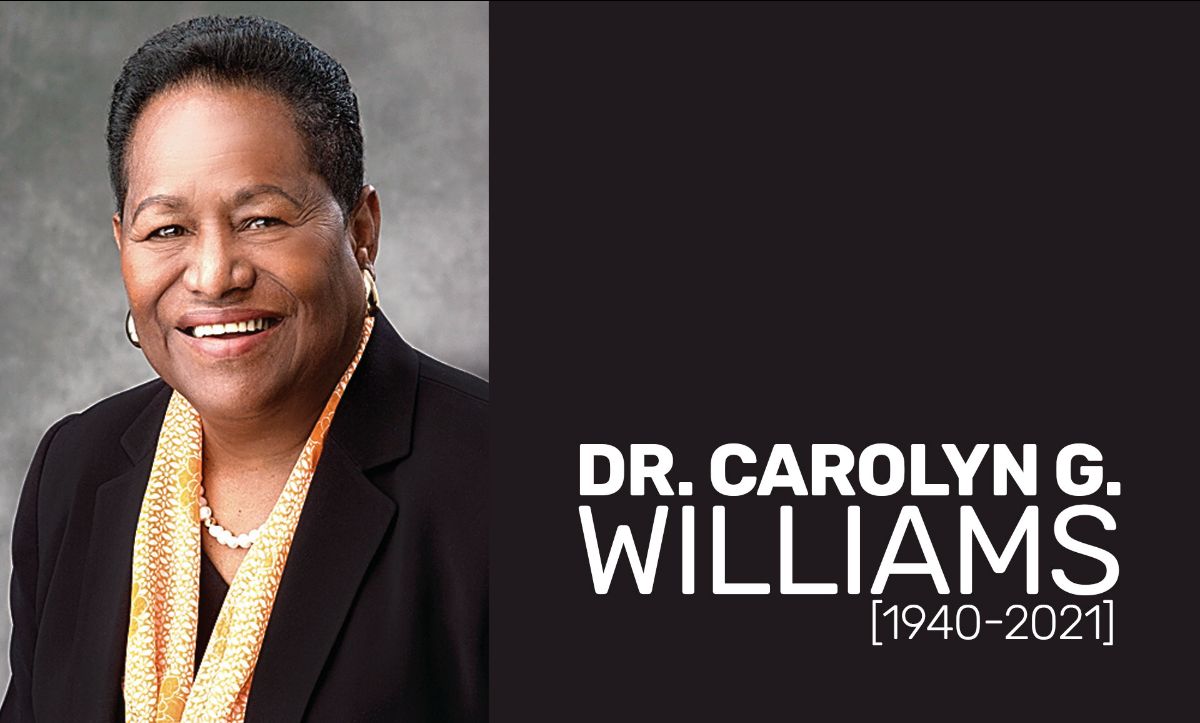 BCC Remembers a Leader and Friend – Thomas A. Isekenegbe, President

The Bronx Community College community was deeply saddened to learn of former BCC President Emeritus, Carolyn G. Williams passing in her home city of Detroit, Michigan at the age of 81. Dr. Williams’ dedication and steadfast leadership was unwavering.

President Williams will always be fondly remembered for her passionate commitment to the students of Bronx Community College. “The students’ success is our success,” she was fond of saying. It is a guiding philosophy of BCC to this day. Her 15-year tenure was marked by the rapid expansion of BCC’s international presence, major construction projects, a student body that grew to 10,000 and a faculty that added 90 full-time educators. Her impact on a national level included serving as Chairperson of the American Association of Community Colleges in 2000.

I had the privilege of meeting President Williams at various meetings and events associated with the American Association of Community (AACC) and National Council on Black American Affairs (NCBAA) of which she was actively involved. I vividly remember her warmth and grace; she was eternally welcoming to all she encountered. Her guidance and willingness to provide support to her peers and students alike was integral to her success as an outstanding leader. After assuming the Presidency at BCC, she graciously reached out from time to time to inquire about my well-being and the College. BCC was never far from her thoughts.

In this special issue of UPDATE, some of those who worked with Dr. Williams during her transformative years on campus share their moving memories of a beloved BCC leader.

Click Here to view this special issue of BCC UPDATE.