The Harvard Gazette has released a series of articles on inequality in America. They describe Harvard University scholars’ efforts across a range of disciplines to identify and understand this nation-defining and dividing concern and possible solutions. The first piece in the series opens:

“It’s a seemingly nondescript chart, buried in a Harvard Business School (HBS) professor’s academic paper. A rectangle, divided into parts, depicts U.S. wealth for each fifth of the population. But it appears to show only three divisions. The bottom two, representing the accumulated wealth of 124 million people, are so small that they almost don’t even show up. Other charts in other journals illustrate different aspects of American inequality. They might depict income, housing quality, rates of imprisonment, or levels of political influence, but they all look very much the same. Perhaps most damning are those that reflect opportunity — whether involving education, health, race, or gender — because the inequity represented there belies our national identity. America, we believe, is a land where everyone gets a fair start and then rises or falls according to his or her own talent and industry. But if you’re poor, if you’re uneducated, if you’re black, if you’re Hispanic, if you’re a woman, there often is no fair start.”

The article notes that inequality “has become a national buzzword and a political cause célèbre in this election year,” in part because across so many measures it is on the rise. Harvard-trained historian Dr. Carter G. Woodson was focused on a particular aspect of inequality when he founded Negro History Week — the precursor to Black History Month — ninety years ago. Dr. Woodson was especially concerned about the “mis-education” of Black children from their earliest ages — “The thought of the inferiority of the Negro is drilled into him in almost every class he enters and in almost every book he studies” — and the cumulative effects it could have:

“When you control a man’s thinking you do not have to worry about his actions. You do not have to tell him not to stand here or go yonder. He will find his ‘proper place’ and will stay in it. You do not need to send him to the back door. He will go without being told. In fact, if there is no back door, he will cut one for his special benefit. His education makes it necessary.”

Dr. Woodson believed teaching children about Black history and Black accomplishments was a crucial corrective step. We now understand the wisdom behind teaching not just Black children but all children Black history just as we make sure all of our American stories are being told as we prepare our next generations for our multicultural nation and world. Although Black History Month is over, every month should be Black and Native American and Latino and Asian American and women’s and non-propertied men’s history month.

Black History Month has helped infuse more multicultural attention in American education, but there is still a big struggle ahead to ensure children are taught the truth in schools in every subject including history, geography and literature. A misleading McGraw-Hill geography textbook called American slaves “workers from Africa” and the evil slave trade just one of many “patterns of immigration.” We must vigilantly monitor and challenge false history, geography and literature that sugarcoats and mischaracterizes the horrors of slavery, lynchings and institutional racism. As scholars watch American inequality’s continual rise, Black children and other children of color remain disproportionately at risk of inferior status, discrimination and racial disparities in measure after measure. We must challenge anyone training any of our children to go around to the back door — yet too often we are still leaving some children outside it. This must stop.

We should remember that for so many Black children and youths each day in America, there is too little to celebrate:

3 are killed by guns.

86 are arrested for violent crimes.

90 are arrested for drug crimes.

148 are born without health insurance.

212 are born at low birthweight.

318 are corporally punished in public schools.

329 are born into extreme poverty.

399 are confirmed abused or neglected.

4,529 are suspended from public schools.

Every day in America. We can and must do better and combat systemic, cultural, economic, and educational inequality — hidden and overt. There is no more urgent problem in America than inequality and its many progeny manifested in our education, health, and criminal justice systems and in all aspects of American life. This is the time to face the truth and to do something about our divided nation. We must all change the odds stacked against poor and non-White children so that every child in America has an equal opportunity to achieve and succeed. 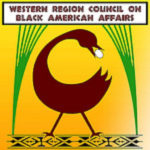 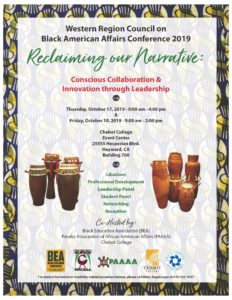