Why use racist slurs when you can just hold up a photo of Donald Trump? Students at a private Catholic high school in Merrillville, Indiana, last week displayed a large photo of Trump’s face as a way to insult and intimidate a rival team from a majority-Latino school. Andrean High School fans also chanted, “Build […]

The Industrial Age Died (and Colleges Didn't Get the Memo) 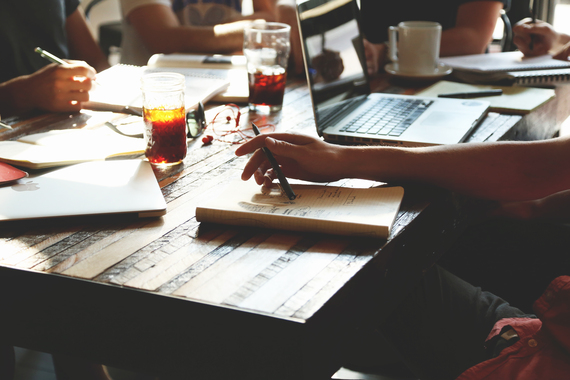 I like to think I’m a rule-follower. I wear my seatbelt, pay my rent on time, and don’t feed the ducks if the sign says “don’t feed the ducks.” But you know what? Sometimes your passions force you to buck the system, run in the opposite direction of convention, and break all the rules along […]

A High Court in India is demanding to know why more than 1,150 army recruitment candidates were forced to strip down to their underwear for a written exam on Sunday in the eastern state of Bihar. An Agence France-Presse photo from Sunday shows rows of army hopefuls sitting in their undergarments on the grass, hunched […]

Dozens of black college students in Georgia said they were asked to leave a Donald Trump rally on their campus Monday for standing silently on gymnasium bleachers before the business magnate began speaking. Valdosta State University students said Secret Service agents were told by Trump to remove them, according to Jennifer Jacobs, a Des Moines Register reporter who […]

What Do They Know?

Anthony Cody has a great piece at his blog, “Living in Dialogue” (which should be on your must-read list) that puts the push for competency-based education in the context of the reformster movement. In particular, this: There are two unwritten assumptions that are constant from the beginning of NCLB and carry through to this new […]